John Stephen Akhwari is a Tanzanian Olympian who struggled to complete the 1968 Olympic marathon after he fell during the race cutting and dislocating his knee.

As he pushed himself through the pain and one hour after the race had already been won, John Stephen Akhwari finished the race.

How is your ‘race’ at work and in life going?

Are you taking great strides, building momentum and achieving your milestones? Or are you tired, breathless, and strained? To be well, some of you need to catch your second wind.

I know during some of my long distance running I would often reach a point in the event when my legs would feel heavy, my lower back would start to tire, my chest would feel tight, my head would pound and I’d feel myself slowing down and wanting to walk…maybe even stop.

My biochemistry, physiology and my psychology would look like it was going to fail me.

And then something would change! With a mental recalibration, some hydration, maybe some momentary relative rest experienced from running at a slightly slower pace and a little bit of discipline to keep putting one foot in front of another…slowly my energy would pique again, my rhythm would recover and I would catch my second wind.

The second wind is a person’s ability to breathe freely during exercise after having been out of breath. It’s characterised by finding new strength or energy to continue something that is an effort.

Documented experiences of the second wind during exercise go back at least 100 years, with the second wind phenomenon coming to be used as a metaphor for continuing on with renewed energy past the point of challenge or failure, whether in sports, careers, or life in general.

The three strategies I have used to catch my second wind during my career as a entrepreneur physiotherapist are to:

As the body learns how best to regulate itself to meet the rigors of a runner’s pace, the chances of getting a second wind becomes more likely, physiologists say. During a run, a second wind can sometimes occur by slowing temporarily to below race pace. This gives the body and its hormones a chance to recover by paying off some of its oxygen debt.

Give yourself a chance to recover from exhaustion – mentally, spiritually, physically and maybe even financially.

2. Recover my own natural rhythm

After some relative rest, ease back into running your own race. Don’t worry about what everyone else is doing. Concentrate on your posture: Shoulders back; Deep breaths; Stride length; Cadence; Foot strike; Symmetry. Running is all technique.

Work a roster that suits you; get exercise and meals planned properly in your day; sleep the number of hours you need; rest with play; work hard when it’s time to do so.

Mostly, do what works for you (individual technique).

3. Stay focused on my goals.

Every competitor needs an objective. What’s yours in life?

Purposeless-ness drains your wellbeing tank more rapidly than anything else. Recommit to what is important to you. Nothing drives energy like passion and significance.

To keeping DOING well, we need to BE well. For some, this means catching your second wind. 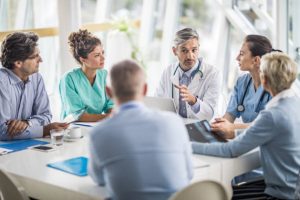 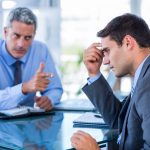 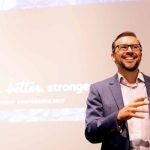 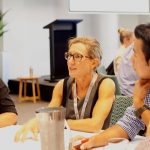